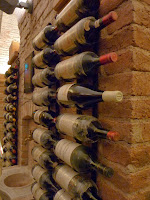 ...and Prosit with a good wine.
Eingestellt von Petra um 6:16 PM No comments:

Hi, responsible drinkers of our project,
This is to remind you to Vienna and our meeting in the unfriendly cold January this year. Maybe you remember our visit of the traditional Heuriger ‘Mayer am Pfarrplatz’ in the evening of the first day. There you tasted our typical Viennese wine called ‘mixed set’ or in our language ‘Gemischter Satz’.

In August this wine obtained the DAC status, comparable with the Italian DOC title. Attached you will find the official information about this event.
In our region the first wine tastings have been started and we will visit our vineyards to taste the new grapes which we expect to be very delicious caused by very hot summer months.

We encourage you to do the same with kind regards, Petra & Achim

August 19, 2013 - The Wiener Gemischte Satz is one of 's most traditional wines. And over the last ten years, this special field blend has undergone a long-deserved renaissance, thanks to the strict quality policy and new cultivation regulations mainly pushed by the group of Viennese winemakers known as WienWein. The significance of Wiener Gemischter Satz as the showpiece of Vienna's wine sector combined with the strong desire for a protected designation of origin convinced the Regional Wine Committee of Vienna to apply for DAC (Districtus Austriae Controllatus) status for the wine. Once accepted and confirmed by the National Wine Committee, the official ordinance was signed by Federal Minister Nikolaus Berlakovich. With this, Wiener Gemischter Satz became 's ninth DAC designation of origin. The first Wiener Gemischter Satz DAC wines to be released are from the 2013 vintage. As a result of this new development, the number of Austrian DACs now surpasses that of the non-DAC regions – seven – whose wine origin profiles are still being worked on.
Press information/Austrian Wine Marketing Board
Eingestellt von Petra um 3:50 PM No comments: 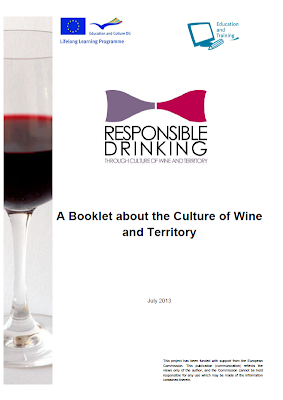 The education to a responsible and moderate consumption, that starts from the knowledge of the product and territory generating it, is for sure one of the ways to disseminate the culture of the “good wine” contemporarily developing the awareness of the territory from which it comes from.

VINES AND WINES IN SLOVENIA 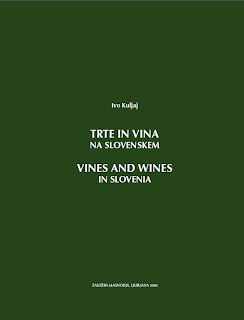 Slovenia - The Old World in Miniature

Slovenia is in all respects ideally suited to winemaking. Or, as world-renowned expert Anthony Dias Blue put it, Slovenia is a winemaking paradise. The presence of the vine in this small country on the sunny side of the Alps has been documented as far back as 2,600 years ago. Its terroir, determined in part by the mix of climatic influences from the Mediterranean, the Alps and the Hungarian Plain, with average annual temperatures between 9˚C and 13.7˚C, allows the most diverse styles of wine to be produced. At Slovenian wineries you can find gentle, fresh, aromatic whites, top predicate-quality whites, and full, hearty and recognisably sun-kissed reds. In short, Slovenia is the Old World in miniature.
With annual production of around 100 million litres, Slovenia accounts for only a small part of the quantity of wine produced worldwide. But it cannot be overlooked in terms of the quality and diversity of its wines, which are regularly placed high in tastings all over the world. Winemakers in Slovenia are cosmopolitan in producing wines from the finest and most familiar world varieties (chardonnay, riesling, cabernet sauvignon, pinot noir, etc.), but also show a patriotic pride in some unique local products (cviček, teran, refošk, zelen, pinela, and šipon among them). If we add to this the diversity of landscape and the special features of the vineyard architecture, then the first sentence of this introduction has a more than solid footing. Slovenes are world record holders for the sheer number of wineries, the cottages known here as zidanice and traditional cellars, if not in absolute terms, then certainly in per capita terms. This is a priceless asset that Slovenia takes with it into the EU nations’ treasure trove of nature and culture.
There are two symbols on Slovenia’s crest and flag: Mt Triglav and the sea, which symbolically and geographically define the country and the soul of the people living in this small piece of Central Europe between Italy, Austria, Hungary and Croatia. But the national anthem is Zdravljica, the Toast, an ode to Slovenia’s winemaking soul. It is over 150 years old, but according to former American president Bill Clinton, it is as fresh as if written by the poet yesterday. It is not so much the legacy of the past, but rather the inheritance of the future, as the Slovenian Viticulture and Winemaking Business Association wrote of Slovenian wines. And it is for this reason that I have written this book. If by doing so I add a new tile to the mosaic of national awareness and my country’s profile abroad, I will be a happy man.

The Initiative of the Cultural and Educational Society Kelih: "The Rate in the Head" 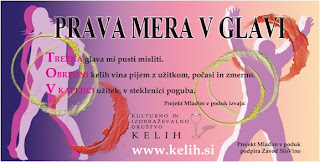 "The rate in the head" is the initiative of the Cultural and Educational Society Kelih taking place in elementary schools, where they teach Youth about the culture of drinking and behavior by children role playing. The results are coming slowly, but they believe in their mission.

Styrian Wine: The Champions of the region 2013

Teenagers and Alcohol in Slovenia 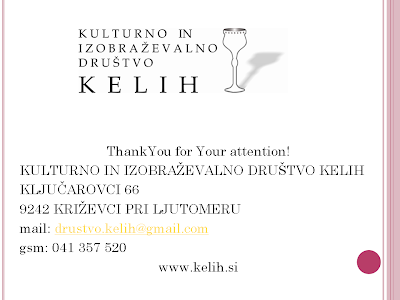 The partnership of the "RESDRI" project met for the fifth meeting in Maribor which was hosted by Vedoma in The Old Vine House in Maribor Slovenia. 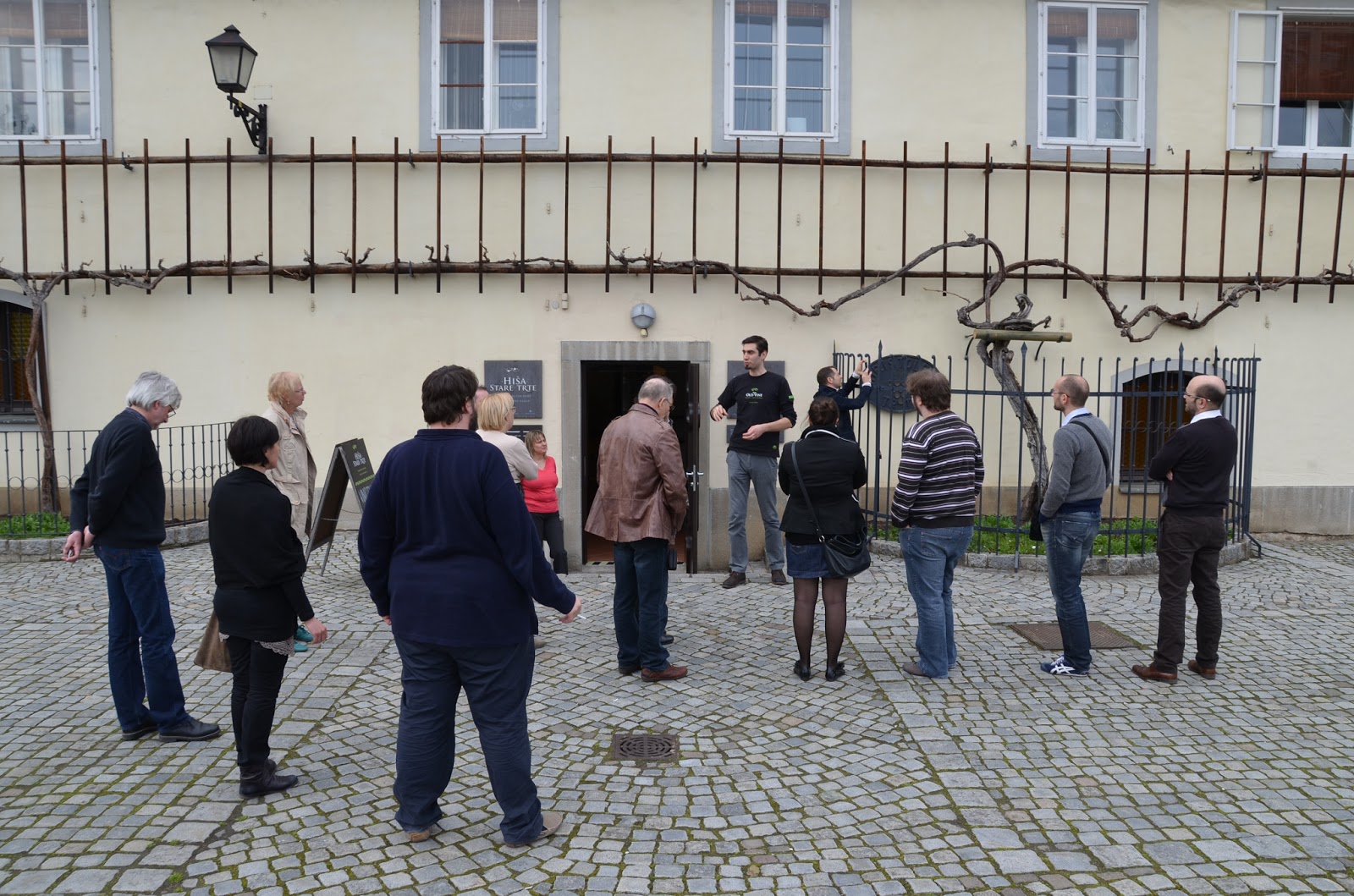 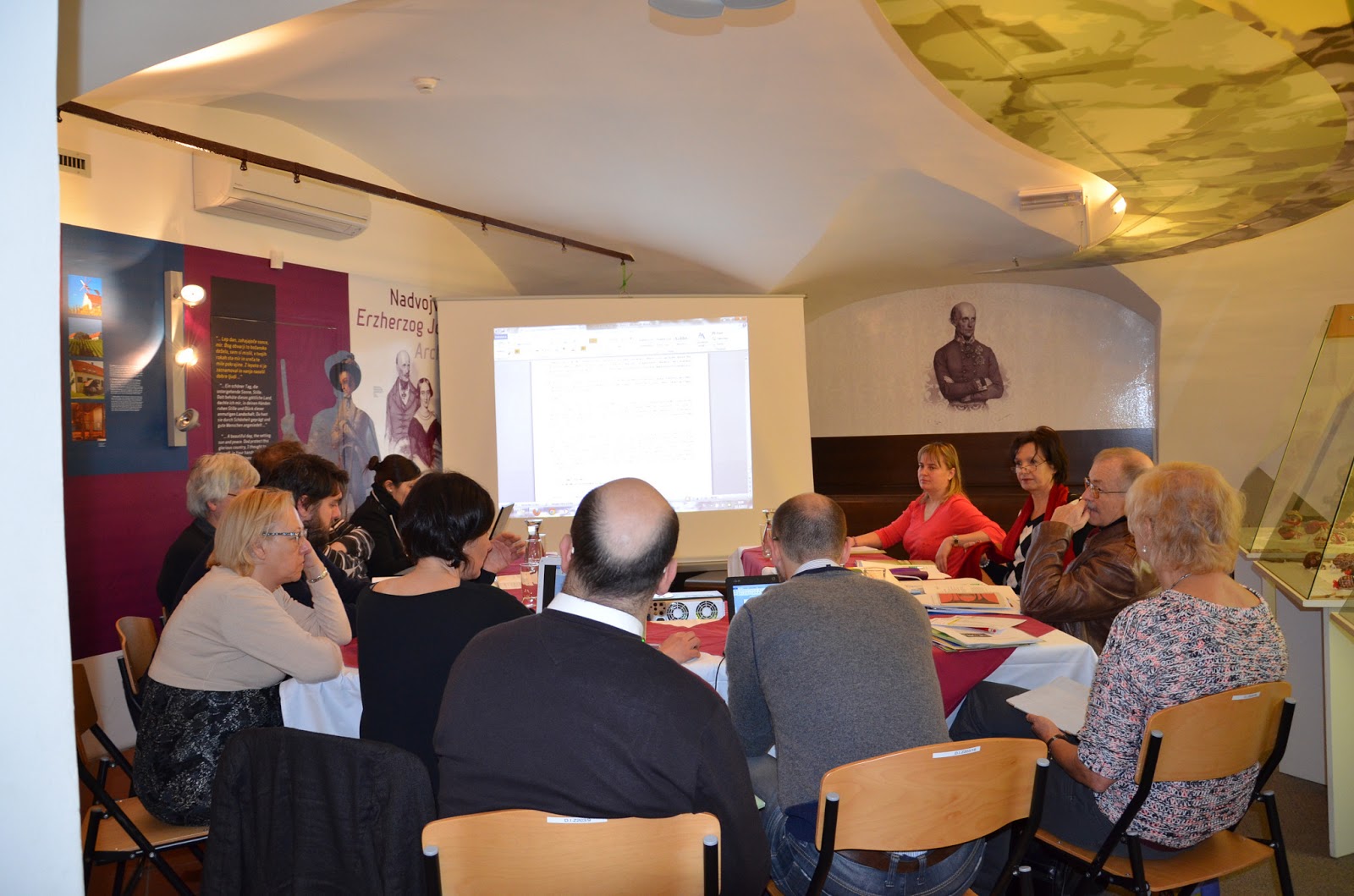 The partners participated also in the workshop in Dveri Pax Jarenina. They learned about the
Wine in Slovenia and the good practice example of the courses about Youth&Alcohol&Wine in Slovenia, that has been presented by Tjaša Kos from the Association Kelih Slovenia. 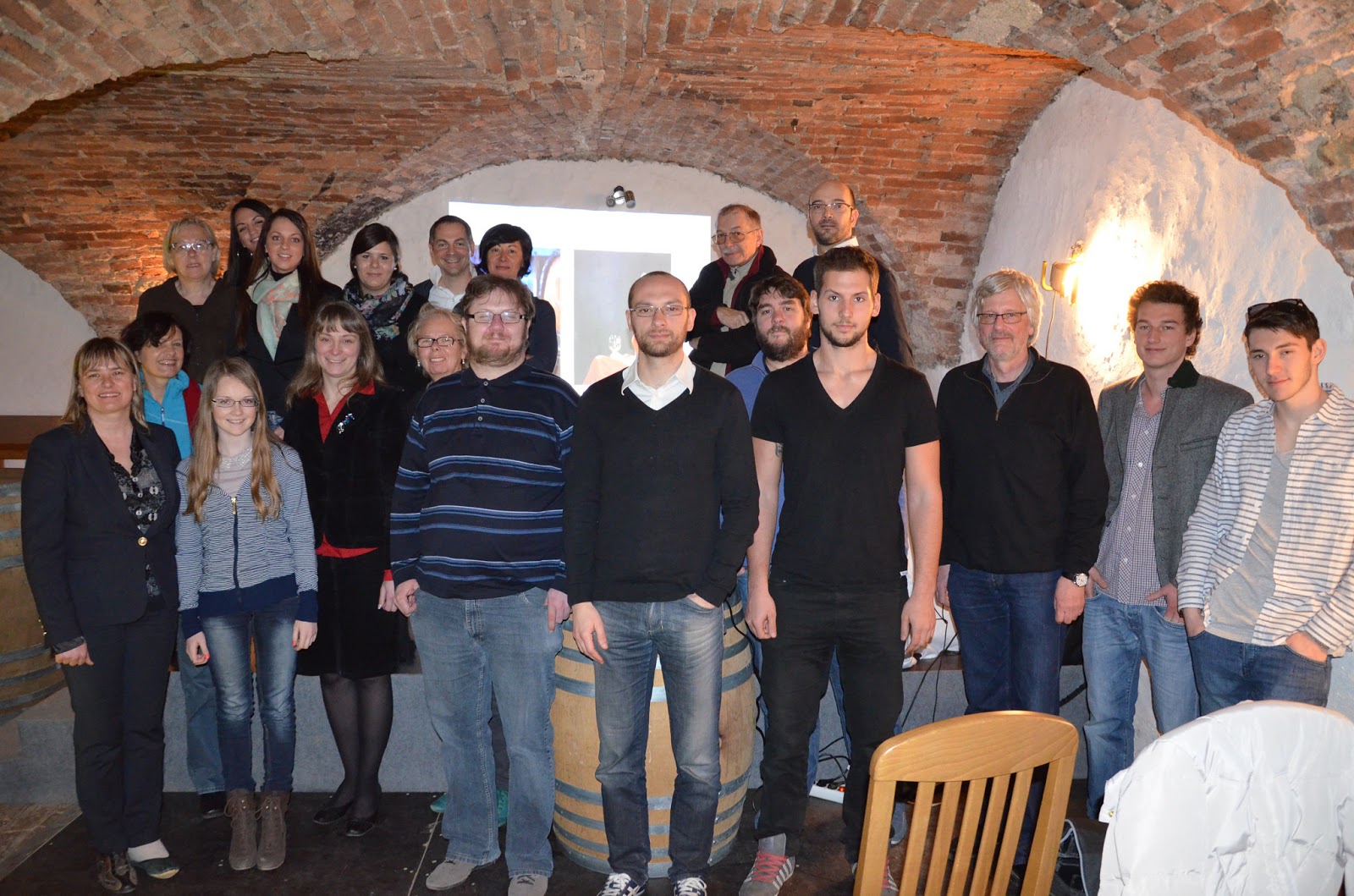 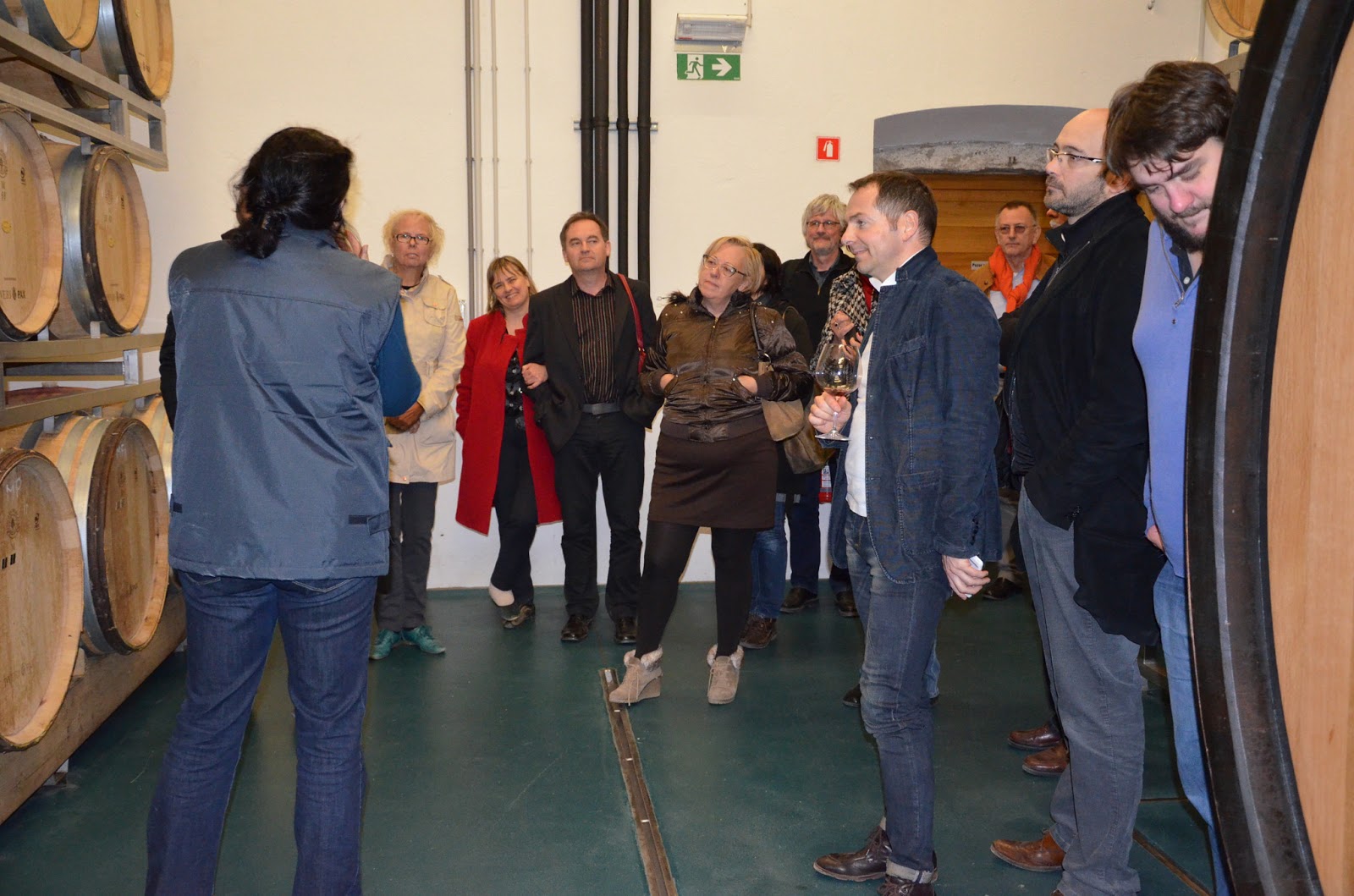 Please load down (klick on it)

Mapping and Survey of Training Activities Development about Wine